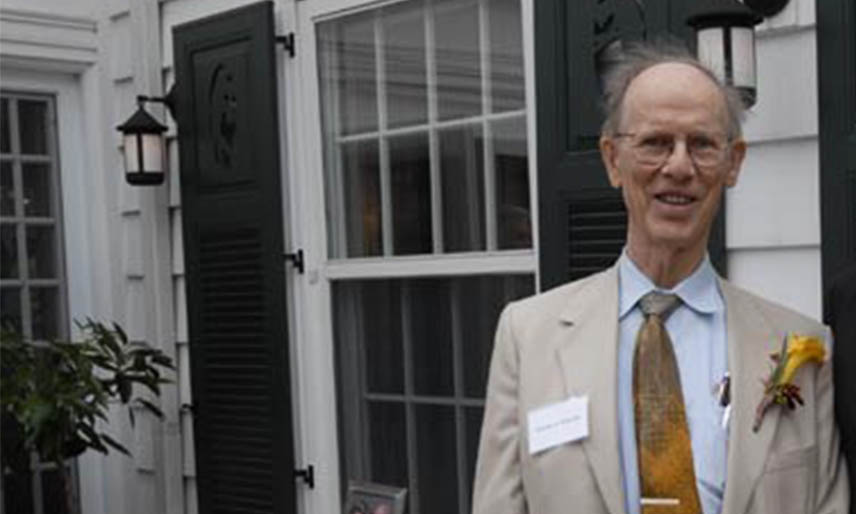 Warren Warwick: A European perspective A statement from Preston W Campbell III, President and CEO of the Cystic Fibrosis Foundation. “It is with a heavy heart that I share the passing of Warren J Warwick MD who died in Feb 15th 2016. Dr Warwick had a profound and lasting impact on the CFF through his scientific expertise and his longstanding commitment to his patients” Warren was 88 years old when he died. He had many skills, and many achievements, but his outstanding quality was an unrivalled dedication to improving the quality and duration of the lives of CF patients. Data from his clinic in Minneapolis shows that his patients lived about a decade longer than those in other CF centres worldwide. To achieve this result he had developed or recruited expertise in epidemiology, statistical analysis, pulmonary physiology, immunology, infectious disease control, pathology, physiotherapy, gastroenterology, nutrition, endocrine and diabetic care, nursing, adult medicine, genetics, psychology, and engineering. He worked with pharmaceutical and medical device companies, and with charities and voluntary agencies. He built a motivated team, many members of which have become eminent in their own right inspired by his leadership and encouragement. The extra ingredient was patient and family contact time. Warren routinely spent 45 minutes with each consultation, checking medication doses and adherence to treatment, and empowering his patients to adapt their own regimes in (sometimes unorthodox) ways which would help them maintain or improve their clinical state. He helped develop the percussive vest for CF because human physiotherapists were not always available and were costly. He set no limits to life expectancy. He never promoted himself. He simply examined all the evidence and went wherever it took him. Although tenacious and sometimes iconoclastic, he was gently spoken and avoided confrontation. But the success of his clinic became public news when it was highlighted in an article in the New Yorker in 2004 which resulted in CF patients from all over the USA and beyond seeking a consultation. His Annalise Marzotto professorial chair in the University of Minnesota was named for an Italian patient who had died there. What other European connections did Warren have? After graduating MD in Minneapolis, and service in the armed forces, he had decided to be a paediatrician with a career in pulmonology. Recognition of CF was rapidly developing on both sides of the Atlantic. Through the Cystic Fibrosis Club he met European leaders, and before taking up his new post as Director of the CF center in 1962 he spent time in Dr Archie Norman’s clinic in London. There, inter alia, he observed the importance of expert physiotherapy, nutrition and psychosocial care. He was impressed by the pathology studies which had been performed by Dr Bodian. Already Dr Norman had observed that not all CF patients had the same poor prognosis. After returning to the USA Warren set up the CFF Registry, and explored fundamental issues such as why some patients appear to have a milder form of CF. He realised that there must be significant numbers of undiagnosed affected infants who died of failure to thrive before chronic lung disease was established, and never entered the Registry. This highlighted the need for neonatal CF screening which was already being pioneered in Europe by Stephan, Mastella and Kerrebijn. He was a familiar figure at European and worldwide CF meetings, and made many friends. In 1981 he organised a conference entitled 1000 Years of Cystic Fibrosis. He invited 40 individuals who had between them spent 1000 years in landmark CF research. Some of the early giants were getting old. During the 2 years’ preparation for the meeting Prof Fanconi, who is credited with the original European description of CF, had died. Some Europeans could not attend, including Flensborg, Anderson, Dietzsch, Stephan and Mearns. Among those who made it to Minneapolis were Di Sant’Agnese, Shwachman, Barbero, Gibson, Spock, Lieberman, Sibinga, Docter, and LeRoy Matthews. European presentations came from Jean Feigelson, Niels Høiby, Charles Kerrebijn, Gianni Mastella, Ettore Rossi, Oluf Schiøtz, and of course Archie Norman, (who happily is still with us after passing his centenary). The younger Europeans who either contributed to the spoken papers or posters included Birgitta Strandvik, Hans Kollberg, Hanna Blau, Beat Hadorn, Daniel Katznelson, Max Zach, Richard Kraemer,and Jean Navarro. The volume of collected papers is a testimony to Warren’s vision, foresight, energy, eclecticism, originality and curiosity, before we knew about chloride channels or isolated the gene. He had one of the most original minds I have ever encountered, always asking how we could make life better for CF people. He never gave up. As a clinical scientist, he was unsurpassed. John A. Dodge 2016